To celebrate our tenth anniversary we are releasing our first challenge coin. These 2" coins are perfect for your next challenge.

The history behind challenge coins By Emily Baumgaertner

What are challenge coins?

Military commanders often give pocket-size medallions, called challenge coins, to service members as a mark of camaraderie. A commander’s unique coin — often copper, bronze or nickel — carries symbols and mottos denoting the unit or office. Coins are usually circular, but also can be pentagons, spades or even dog tags to be worn around the neck.

Throughout their service, military members use the coins to prove their allegiance when challenged. High-ranking officers and retirees often display a collection of coins in their offices alongside uniform patches and ribbons as a symbol of pride.

“In the military, the coins have always been purely about morale and commitment,” said Tracy English, a historian at the Air Force’s 37th Training Wing at Joint Base San Antonio-Lackland in Texas. “If you walk into a high-ranking service member’s office with a big magnet, chances are you will die.”

Where did this tradition come from?

Challenge coins were never officially sanctioned, so the history behind the tradition is widely debated among military historians.

A common narrative purports that a wealthy American lieutenant in World War I distributed matching bronze coins to his unit members before they were deployed. When an American fighter pilot was captured by Germans and escaped to a French outpost, he was assumed to be a German spy — until he presented the challenge coin around his neck. According to the tale, the coin saved his life — and earned him a bottle of French wine as reparation.

Other historians believe the tradition began in an infantry-run bar in Vietnam, where patrons were required to present enemy bullets or their challenge coin upon entrance.

In keeping with either narrative, challenge coins still earn service members their share of alcohol. Military members often tap their challenge coins upon meeting in a bar — shouting, “Coin check!” — and anyone who either cannot produce one or is the last to show it buys the first round of drinks.

How has it since evolved?

Challenge coin traditions have climbed to the highest ranks of the military. In 2011, Robert M. Gates, then the defense secretary, shook hands with United States troops in Afghanistan, passing duplicates of his challenge coin to each of them as a token of gratitude. 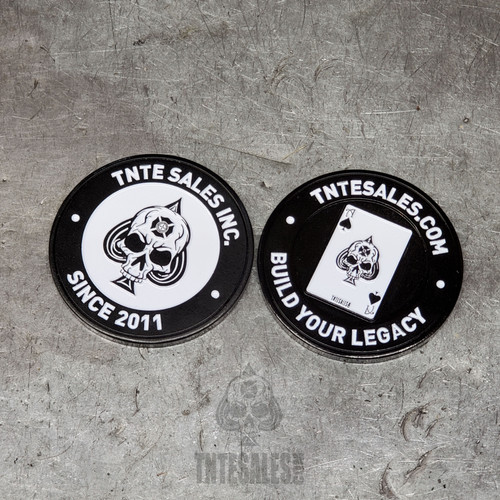